The Weizmann Archives was established in the 1950s in order to preserve the legacy and activities of Dr. Chaim Weizmann.

The Archives is located near the Weizman Institute of Science and is home to more than 200,000 letters and historical documents left behind by the Weizmann couple.

Among the collections available on this site are family correspondence, documents describing the development of the Zionist movement led by Dr. Chaim Weizmann for three decades and materials that tell the story of the establishment of the State of Israel, Dr. Chaim Weizmann, was a scientist and entrepreneur, and in his name are registered more than 200 patents and the history of the Daniel Ziv Research Institute later became the Weizmann Institute of Science.

The unique collection of documents by Dr. Vera Weizman, a pediatrician by profession, one of the founders of WIZO, a public activist in Hadassah, Youth Aliya, president of Magen David Adom and one of the founders of rehabilitation for disabled soldiers in Israel. In the 1950s and 1960s, reflecting the reality of the State of Israel in its early days.

A large collection of photographs from the end of the 19th century to the first decades of the State of Israel can also be found on the site.

The original works of the architect Erich Mendelsohn, who designed the Weizmann House that is now a museum, are preserved in the Weizmann Archives.

Dr. Weizmann was aware of the importance of the documents in his possession. In June 1940, when England was afraid of a German invasion attempt, Weizmann turned to his friends and said:

“It is a long established fact that a reader will be distracted by the readable content of a page when looking at its layout. The point of using Lorem Ipsum is that it has a more-or-less normal distribution of letters, as opposed to using” . 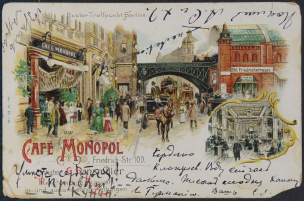 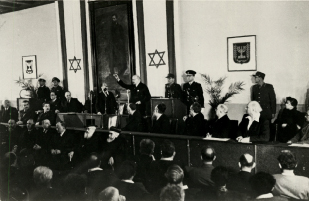